Home / News / Industry News / Do you know the types of watercolor pens?

Do you know the types of watercolor pens?

Author: admin / 2022-02-14
Watercolor pen, a painting tool. Watercolor pen is a commonly used painting tool for children. The material of the pen tip is generally carbon fiber. It is usually sold in a box of 12 colors, 24 colors, and 36 colors. Can also be used as a marker.
The advantages of colored water pens are that the colors are rich and bright, but the disadvantages are that the use time is short, the water is uneven, the transition is unnatural, and the two colors are not easy to reconcile together, so they are generally suitable for children's paintings. Some color water pen shells can also be divided into several vertical watercolor grooves, and each groove can be filled with different water colors, so that the color water pens can write different colors of calligraphy and painting characters or different patterns at one time, and the color can be arbitrary. Adjustment, a pen can write large characters or paint
a large area of ​​calligraphy and painting at one time, and the color changes are rich, which is more suitable for the creation of calligraphy and painting, improves the painting effect, and is conducive to improving students' interest in learning and painting and calligraphy. 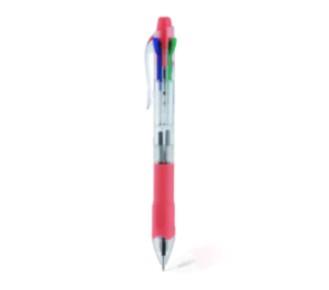 type:
1. Monochrome pen:
Monochromatic color water pen, consisting of three parts: the barrel, the nib and the refill. A color water of one color is filled in the refill.
2. Two-color pen:
A two-color color water pen is composed of three parts: a pen holder, a pen tip and a pen core. The tip of the pen is divided into two parts, which can be an involute structure or a nested structure. Correspondingly, the pen refill is also divided into two parts, which can also be in an involute structure or a nested structure. The two-part refills are filled with two color waters of different colors. This two-color water pen has a simple structure, and the written strokes have two distinct colors at the same time, which makes the font have a three-dimensional sense. .
3. Multi-color pen:
The multi-color water pen is made by embedding three or more refills in the through holes of the pen head mold according to the design requirements, and injecting plastic resin into the whole with an injection molding machine. The roll core with the isolation cover is fixed in the pen holder with gasket, the revised pen head is embedded in the pen neck end of the pen holder, the pen core is inserted into the roll core through the through hole on the gasket to absorb the ink, and then the cover is closed. It is sealed with the pen barrel, the refill and the gasket to prevent color mixing, and a color ring is installed at the end of the pen. Combining multiple refills in one pen head can write different colors separately, and it will not mix colors or mix colors when placed. It is suitable for mechanized mass production, and is used for beautiful work paintings and teachers' lectures.